Pit Straight
Located at the base of the Mount, what makes Pit Straight interesting is that the finish line is not the same as the start line. This is because if they were the same spot on the Straight, the race would be 1000.293 kms, not the famous 1000. It also allows fewer cars to line up around a corner before the green light. 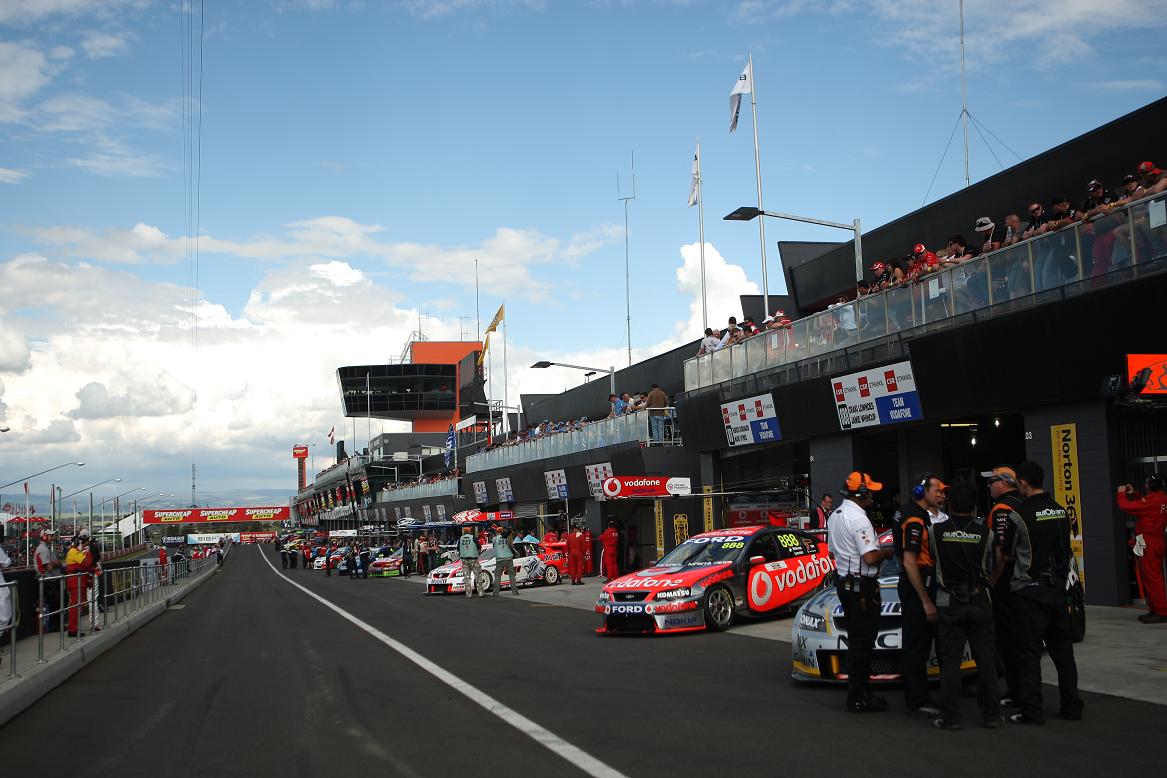 Hell Corner
So named because of the crashes it's seen, Hell corner is the first of 23 bends along the track. It is believed there once was a tree stump at the corner, before the days of barricades, and that motorbike riders who dropped their bikes on the corner would be fatally injured and on his way to Hell.

Griffins Bend
Named after the Mayor of Bathurst who opened the track to racing in 1938, Griffins bend has claimed many an eager driver screaming off Mountain Straight. This corner provides a negatively-cambered road which tests drivers to their limits.

The Cutting
The Cutting gets its name from the obvious: the track is cut into the rock of the mountain. It provides drivers with a 1:6 gradient exit at the top, and is one of the tightest corners on the track. Overtaking is virtually impossible here, though that doesn't stop drivers from trying. It is very hard to recover from spins due to the gradient and closeness of the walls.

Reid Park / Sulman Park / McPhillamy Park
The track between The Cutting and Skyline are referred to for the parks that surround them. This is where the die-hards camp for the week leading up to the Great Race, and even with the sounds of the cars, it is said their cheers and jeers can be heard by the drivers.
Sulman Park has the highest point of the track, topping out at 862m above sea level. Sulman merges to McPhillamy, which is the site of the long-stay camping ground, seeing fans hunker down for over a week before the on-track events begin.

Brock's Skyline
Providing breath-taking views over the Bathurst Region, Skyline ends with a steep right hand corner signifying the decent of the Mountain. After the news of Peter Perfect's death, fans flocked to leave messages of support and pride from a man who's racing career touch the hearts of many on the very walls of the track. Those messages can be seen here.

The Esses
So named for its ‘S' shapes, the Esses provide a unique experience for drivers descending the Mountain. Accidents here force drivers into quick thinking as the line of sight coming off Skyline is slim to none. Drivers rely on instinct to master the curves coming down the Mount.

The Dipper
The third sharp corner in the Esses is the Dipper, aptly named as it literally dips off on the track. It is a steep, sharp left-hand turn. Prior to the construction of safety barriers, drivers would rely on all their skills to not only stay on the racing line, but the track itself after coming off the Dipper.

Forrest's Elbow
Named after Jack Forrest, a motorcycle racer who scraped his elbow away after dropping his bike on the corner, it is a sharp left-hand turn that leads on to the high-speed straight on Con-rod.

Conrod Straight
Conrod straight is the fastest section of the Mount Panorama track, with V8 Supercars touching the magical 300km/h limit. The straight is a considerable descent with a hump in the middle before again dropping down and entering the Chase. It was on Conrod Straight that a number of deaths have occurred; all caused from the excessive speed the straight produces. This part of the track was originally called Main Straight, though later renamed Conrod after a conrod failure that occurred in a driver's car, causing them to retire from the race.

The Chase
Added in 1987, the Chase was added in preparation for the World Touring Car Championship to adhere to FIA rules. The length of Conrod Straight exceeded the maximum length allowed on a WTCC track, and therefore was built to standard. The Chase breaks up Conrod straight and incidentally created the fastest right hand bend in Australia.

Murray's Corner
Murray's Corner is the final corner of a lap at Mount Panorama before crossing the finished line (interestingly not the start line). It is a right-angled left-hand turn onto Pit Straight. 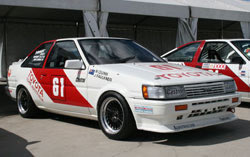